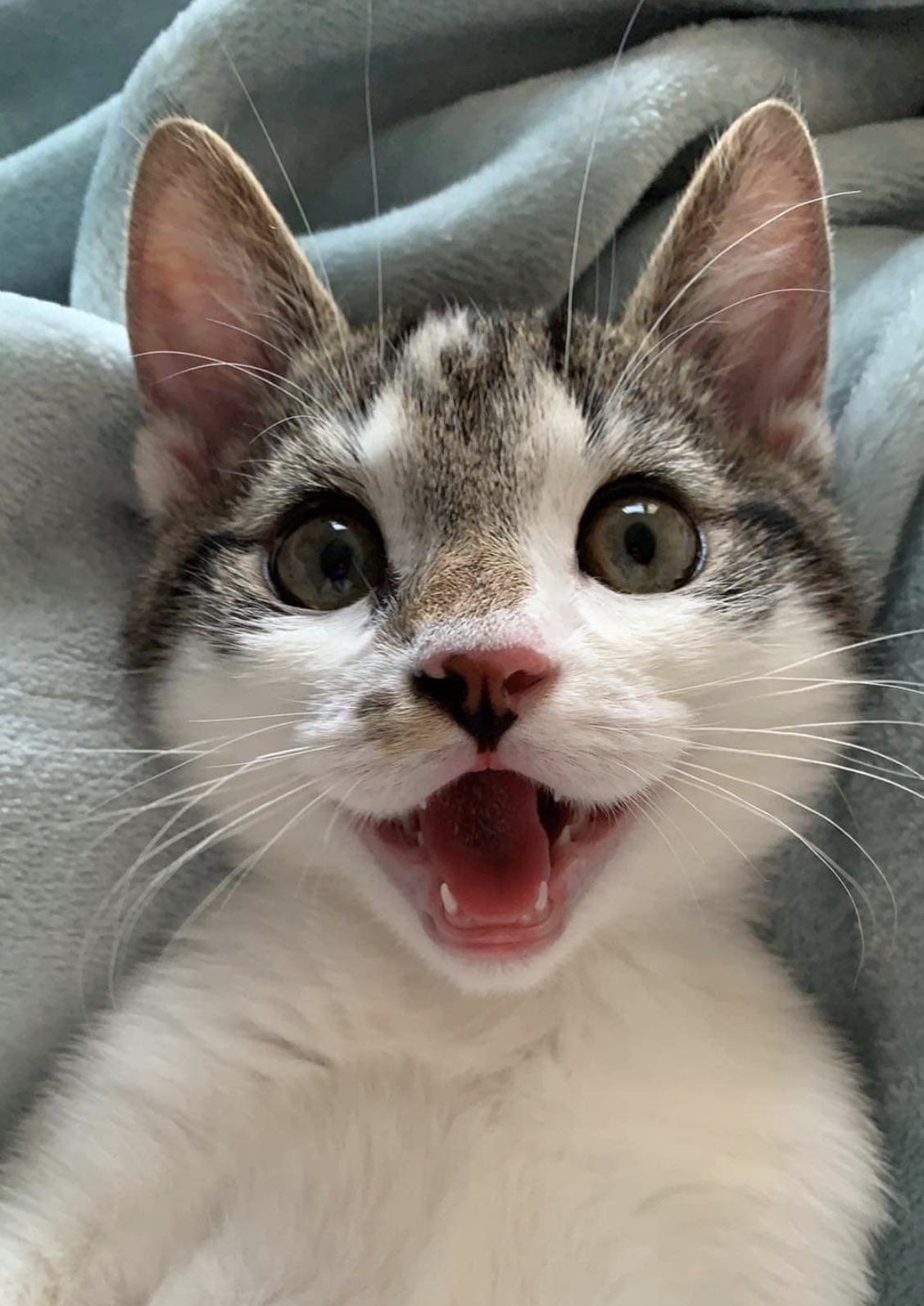 I had an idea to start writing monthly reflections as part of a newsletter and here is the first one.

The last article I ever wrote was December 2018 and it was on how to use/abuse Karabiner. Specifically how to use it with combination with Goku to map keys effortlessly on your keyboard.

Since then I haven't stopped writing. Well, I haven't done a proper post, like this one, but I did write many many short notes in my wiki. Also known by the more cooler name, Digital Garden 🌿.

Few reasons for it but mostly I hate Medium too much to write another post there and I still haven't gotten around to rebuilding my personal website. So using Buttondown Email as a way to get myself to write long form again. In form of these reflections on the past month. Things I've done & thought about. Things I want to tackle next.

Looking back is my personal journal I conduct publicly. I try to be quite open with my struggles and the few successes I get in life. Writing for me is a process of healing. I write it down so I clean up my mind from past baggage. I want to live now and in the moment but I also want to respect the past and learn from it.

This first look back is partly inspired by Gwern's newsletter & few other newsletters I follow that I did get the time to read. Speaking of newsletters, here is what's inside my Spark email client right now. 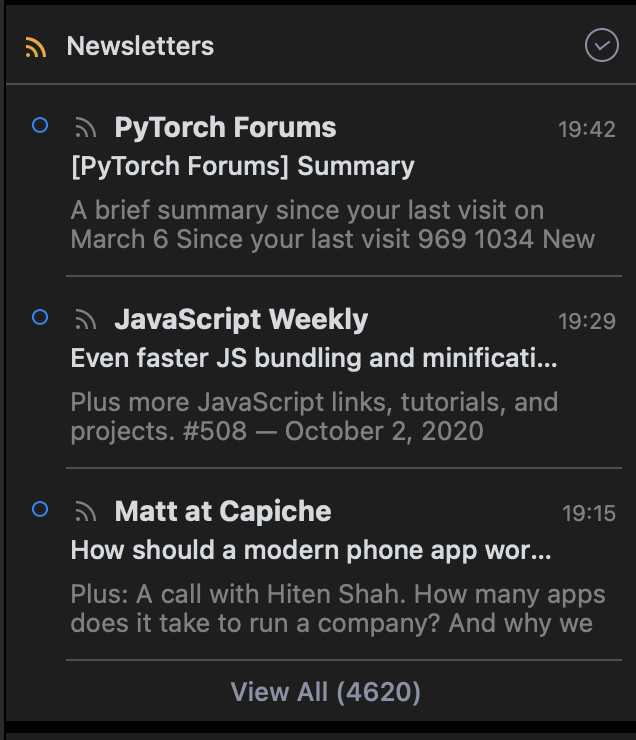 Spark nicely organizes emails into 3 categories: people, notifications and newsletters. The first 2 I actually manage to get to 0 often enough. But newsletters, it's crazy. I actually want to build a dedicated native email client focusing specifically around newsletter consumption. There are some newsletters I value more than others, those will go into 1. folder. The rest will go into 2.. I do the same for RSS feeds I subscribe too and Twitter. And Reddit. This priority system is amazing. I might actually do this already with emails by adding certain newsletters into 1. folder and consuming that. 🤔 Some thoughts aloud.

There's lots of things I have optimized over the years and it's truly incredible getting to experience all the mental models & tools working in unison. It's something I want to focus on in the coming month, probably even next one if I get time. But I want to finally release my personal site, start a proper blog with nice design. Start making courses, YouTube videos as there is lots I want to teach. My goals are actually public. Separated into 2 sections: Action & Theme. The theme part is nicely described by CGP Grey.

What actually happened in September​

I've been working in CodeYellow since August building a web app in Django for smart factories. I also moved properly to Eindhoven into a nice place. Life has been quite hectic but it's getting better, slowly.

One nice thing that did happen though. As I do everything in the open at no cost (not the smartest 🍪), I've often contemplated what will happen when money runs out and I won't have money for food and groceries. Dying of hunger in first world country like Netherlands seems extreme but it probably happens to many. Given all this, I tweeted how happy I was that I was at least getting 20\$ for all the things I made. And lo an behold that number is now 80\$ thanks to 8 kind people. It's still not enough to actually sustain a human life but it's still beautiful.

The other thing that happened is that Karabiner Elements finally works on Big Sur. It's actually crazy. I lowered my karabiner config settings to low values and typing feels amazing. And I get the power of hyper keys for every single key. It's 🤯. Again, it's super sad I am literally the only person who modifies all keys on the keyboard with Karabiner (at least publicly), and my goal is make a lot of educational material to finally change that. Inspired partly by Epic React, course I am actually doing now with my girlfriend. The format of it is amazing. The GitHub repos are free, the course has a hefty price tag but I think it's worth it as it's well made content.

And that kind of content exists for every topic, most of it is free, just not easily discoverable, which is why I also hope to rebuild LA. John and I have finally resurrected the project. It's now using Blitz with Prisma and the experience is very smooth. Some things to wrap your head around of course but the Developer Experience and the final build optimized by next.js is very nice. Lots to learn, lots to build, lots to ship.

Can't really pick a single song for this month but my Likes Spotify playlist has gotten a bit bigger. Can sort by recent and probably find something you like. I also just today came across this channel, who does these cool playlists that have a story behind it. Like this one, Japanese jazz when driving on a warm night.

The song I am listening to now as I write this is Lina. 🎼

Excited for Spring. Moving to new place on 14th in Eindhoven. The place is finally a bit nicer than any other place I've lived in before. In London I've lived in a closet. A closet that was close to office but still. It was right above a noisy street and the roof leaked water every time it rained.

Wrote a script to save links in clipboard to a text file. Super fast. Will move it to LA next. So much to build. 👨‍💻

I've also been enjoying using Safari for everything (not just web browsing). Previously I used Chrome for web dev but now I realize that Chrome does have some nice features in its dev tools but more often Safari feels faster and the dev tools it has do what I need already. Look cleaner too.

Another thing that's nice to see is more people getting into Karabiner. I actually raided the stream and found out about Karabiner's ability to map keys based off how many fingers lie on the trackpad. In the end though this workflow isn't for me as I don't see much usefulness in it as it requires you to type a key anyway so just use layers. It's neat still.

There should be more services like Buttondown. Solve a problem well and that's it (counter example Dropbox). And be transparent about it. It's run by a single person too.

The breakdown of running costs is actually very useful to see. Would love to see cost breakdowns for more larger companies like Stripe. Gives more perspective on what scale means and how resources can be used efficiently.

I extended my workflow further to add some detail to my preferred tools of working. There is some overlap with rules. Hope to get a more clear difference between the two. And for processes, I hope to build a dedicate service/app for it. As processes need to be actionable.

Came across another public company wiki, this time by Gumroad. Going to improve our wiki for LA. There is a nice thread on going async for work too.

Every day should be a mental health day.

I 😻 Remotive site design. So cute. Found it out through MakeHub.

In 5 days I will send out my first newsletter. Excited. Would be curious to see how the format of the newsletter will evolve with time. I think the initial send out will be greatly influenced by Gwern's newsletter layout. Some links, some music. Some personal thoughts. Some photos. And a little boost for the next month to keep myself and maybe others going in chasing their dreams.

Started to build a little game using Godot with my little brother and sister. It's theirs and my first game ever made. Will start small. The first task is to read through Godot docs and make a box movable with arrow keys on a 2d grid.

I personally want to create something like Among Us.